About the English Language Test

About the English Language Test

The NCUK English Language Test is specifically designed for the higher education sector to assess English language proficiency for university admission. The test is formally aligned to the Common European Framework of Reference for Languages (CEFR), the international standard for describing language ability, and reliably assesses the four skills of reading, writing, listening, and speaking. The grading of the test is shown in the following table: 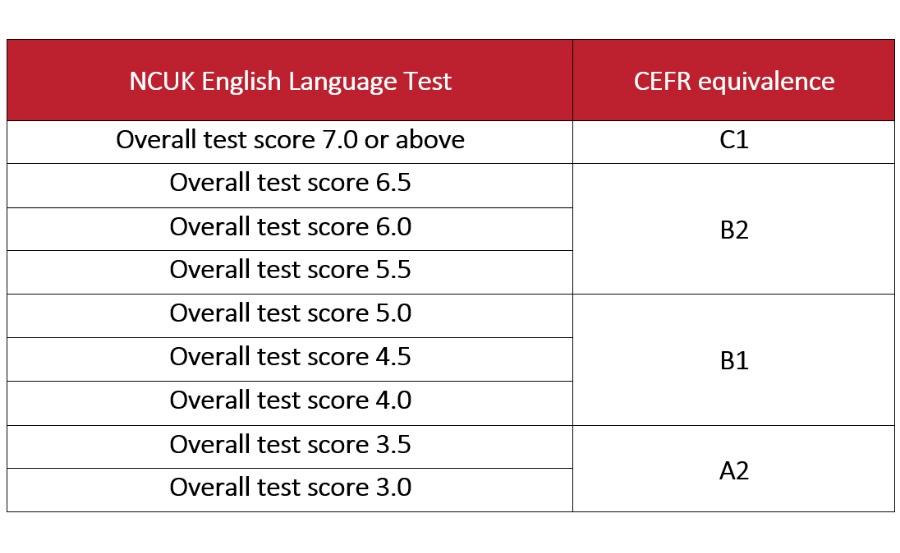 The test will be delivered in a safe and secure environment at a quality assured NCUK Test Centre under exam invigilation settings. The test consists of four modules, split into two tests, which are all delivered online through the secure testing portal:

Reading: This test module consists of five tasks which increase in difficulty as the module progresses. The time allowed for this test module is 1 hour and 15 minutes.

Writing: This test module offers test-takers a choice of two open-ended questions, one of which they choose as the subject of an essay. Test takers are instructed to write 200 words or more in 30 minutes.

Listening: This test module consists of five sections with one or more tasks in each section which increase in difficulty as the test module progresses. Most of the recordings are short lectures or extracts of lectures. The time allowed for this test module is 1 hour.

Speaking: This test module consists of five tasks with one or more subjects on which to speak about displayed on screen. The responses expected increase in length and complexity as the test module progresses. Responses are captured by a microphone, and the time allowed is 20 minutes.

The test is split into two parts:

The total duration for completion of both tests is 3 hours and 15 minutes and both tests should be taken in one day. 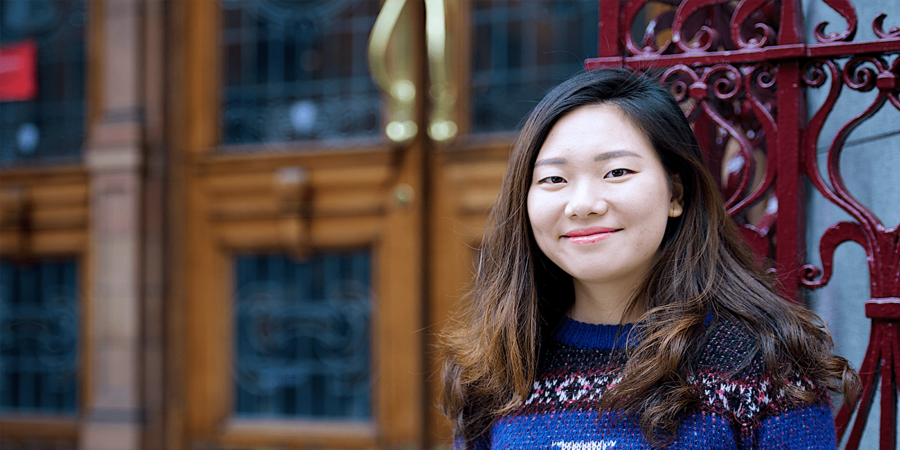 Who accepts the test?

The NCUK English Language Test is recognised for entry at the following NCUK universities:

Results will be released within 5 working days after completion of the test. Universities can independently verify test scores through a safe and secure results portal when students apply to their university.

How long do results last for?

However, you should be aware it shows that when you took the test you demonstrated language skills at a certain level, and that language skills are known to change over time, often diminishing if they are not used, or improving with continued study and practise.

Because of this, individual universities can choose the period for which they will accept test results, although two years is the usual period. Please speak to the institution that you wish to apply to if you have any doubts.

Study With Us
Contact Us
Progression Route
Entry Requirements
FAQ